Talking on the phone today with a long term resident of Russia I was told some unsettling news. He said that the word was spreading in Russia of a mobilization coming (a military draft), and possible martial law. This caused some concern for some of our Christian brothers and sisters who are trying to leave the country. Would you pray for them and for the many Russian people who desperately want peace

Another item for prayer is that Putin is pushing for a vote in the Donbas region for unification with Russia. Such a vote is not legal in international law but then nothing he has done has been. But it would make this part of Ukraine part of Russia and thus attacking it would bring more repercussion from Russia and even the potential of then using nuclear arms against Ukraine.

These are matters for serious prayer and this comes as Ukraine has seen some amazing victories in the last days. One village reported that the Russians that were in their village stole civilian clothing and bicycles and pedaled their way back toward Russia. Ukraine has been taking back many villages that have been held by Russia for months.

Pray for our teams who will be bringing food and aid to these places. Thank you for your continued prayers. 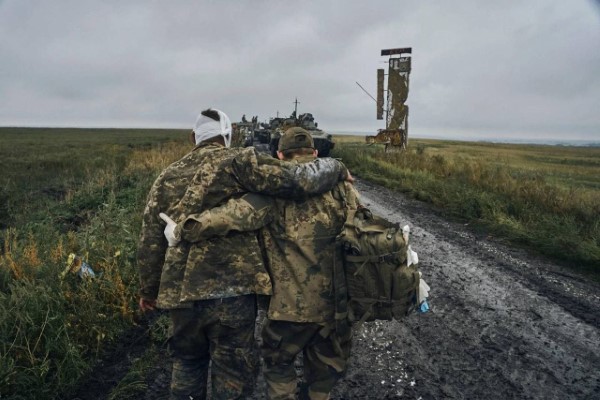