The United Nations said that there have been credible allegations of forced transfers of Ukrainian children to Russian occupied territory, or to the Russian Federation itself. More than 121,000 children have been forcibly deported to Russia since April of this year. This number includes orphaned children and those who have one or both parents.

The Russian authorities have adopted a simplified procedure to grant Russian citizenship to children without parental care, and that these children would be eligible for adoption by Russian families. The Russian authorities allow the movement of children from Ukraine to families in the Russian Federation. This does not appear to include steps for family reunification or in other ways ensure respect for the principle of the best interests of the child.

We need to pray that this will stop and that children will be reunited with parents. For healing to come to parents as well as the children from the trauma they have been exposed to. 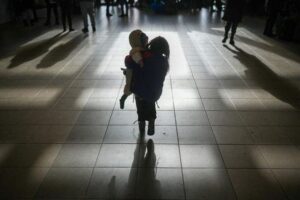